Russell/Hertz/McMillan, BIOLOGY: THE DYNAMIC SCIENCE 4e and MindTap teach Biology the way scientists practice it by emphasizing and applying science as a process. You learn not only what scientists know, but how they know it, and what they still need to learn. The authors explain complex ideas clearly and describe how biologists collect and interpret evidence to test hypotheses about the living world. Throughout, Russell and MindTap provide engaging applications, develop quantitative analysis and mathematical reasoning skills, and build conceptual understanding.

Peter J. Russell received a B.Sc. in Biology from the University of Sussex, England, in 1968 and a Ph.D. in Genetics from Cornell University in 1972. He has been a member of the Biology faculty of Reed College since 1972; he is currently a Professor of Biology. He teaches a section of the introductory biology course, a genetics course, an advanced molecular genetics course, and a research literature course on molecular virology. In 1987, he received the Burlington Northern Faculty Achievement Award from Reed College in recognition of his excellence in teaching. Since 1986, he has been the author of a successful genetics textbook; current editions are “iGenetics: A Mendelian Approach, iGenetics: A Molecular Approach,” and “Essential iGenetics”. He wrote nine of the BioCoach Activities for The Biology Place. Peter Russell’s research is in the area of molecular genetics, with a specific interest in characterizing the role of host genes in pathogenic RNA plant virus gene expression; yeast is used as the model host. His research has been funded by agencies including the National Institutes of Health, the National Science Foundation, and the American Cancer Society. He has published his research results in a variety of journals, including “Genetics, Journal of Bacteriology, Molecular and General Genetics, Nucleic Acids Research, Plasmid, and Molecular and Cellular Biology.” He has a long history of encouraging faculty research involving undergraduates, including co-founding the biology division of the Council on Undergraduate Research (CUR) in l985. He was Principal Investigator/Program Director of an NSF Award for the Integration of Research and Education (AIRE) to Reed College, 1998-2002.

Paul E. Hertz was born and raised in New York City. He received a bachelor’s degree in Biology at Stanford University in 1972, a master’s degree in Biology at Harvard University in 1973, and a doctorate in Biology at Harvard University in 1977. While completing field research for the doctorate, he served on the Biology faculty of the University of Puerto Rico at Rio Piedras. After spending 2 years as an Isaac Walton Killam Postdoctoral Fellow at Dalhousie University, Hertz accepted a teaching position at Barnard College, where he has taught since 1979. He was named Ann Whitney Olin Professor of Biology in 2000, and he received The Barnard Award for Excellence in Teaching in 2007. In addition to serving on numerous college committees, Professor Hertz chaired Barnard’s Biology Department for 8 years. He is also the Program Director of the Hughes Science Pipeline Project at Barnard, an undergraduate curriculum and research program funded continuously by the Howard Hughes Medical Institute since 1992. The Pipeline Project includes the Intercollegiate Partnership, a program for local community college students that facilitates their transfer to 4-year colleges and universities. He teaches one semester of the introductory sequence for Biology majors and preprofessional students, lecture and laboratory course in vertebrate zoology and ecology, and a year-long seminar that introduces first-year students to scientific research. Professor Hertz is an animal physiological ecologist with a specific research interest in the thermal biology of lizards. He has conducted fieldwork in the West Indies since the mid-1970s, most recently focusing on the lizards of Cuba. His work has been funded by the National Science Foundation, and he has published his research in such prestigious journals as “The American Naturalist, Ecology, Nature, Oecologia,” and “Proceedings of the Royal Society.”

Beverly McMillan has been a science writer for more than 25 years and is coauthor of a college text in human biology, now in its eighth edition. She was worked extensively in educational and commercial publishing, including 8 years in editorial management positions in the college divisions of Random House and McGraw-Hill. In a multifaceted freelance career, Bev also has written or coauthored 10 trade books, as well as story panels for exhibitions at the Science Museum of Virginia and the San Francisco Exploratorium. She has worked as a radio producer and speechwriter for the University of California system and as science writer and media relations advisor for the Virginia Institute of Marine Science of the College of William and Mary. She holds undergraduate and graduate degrees from the University of California, Berkeley. 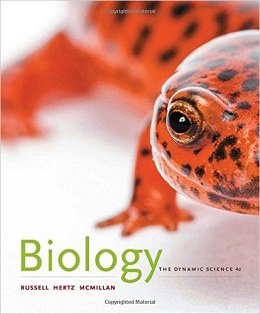