NOTE: This is a standalone book and doesn’t include an access code.

THE MADER/WINDELSPECHT STORY…
The twelfth edition of Biology is a traditional, comprehensive introductory biology textbook, with coverage from Cell Structure and Function to the Conservation of Biodiversity. The book, which centers on the evolution and diversity of organisms, is appropriate for any one- or two-semester biology course.
Biology, 12th Edition is the epitome of Sylvia Mader’s expertise. Its concise, precise writing-style employs lucid language to present the material as succinctly as possible, enabling students―even non-majors―to master the foundational concepts before coming to class. “Before You Begin”, “Following the Themes”, and “Thematic Feature Readings” piece together the three major themes of the text―evolution, nature of science, and biological systems. Students are consistently engaged in these themes, revealing the interconnectedness of the major topics in biology.
Sylvia Mader typifies an icon of science education. Her dedication to her students, coupled with her clear, concise writing-style has benefited the education of thousands of students over the past three decades.
The integration of the text and digital world has been achieved with the addition of Dr. Michael Windelspecht’s facility for the development of digital learning assets. For over ten years, Michael served as the Introductory Biology Coordinator at Appalachian State University―a program that enrolls over 4,500 non-science majors annually. Michael is the lead architect in the design of McGraw-Hill’s Connect Plus and LearnSmart media content for the Mader series. These assets allow instructors to easily design interactive tutorial materials, enhance presentations in both online and traditional environments, and assess the learning objectives and outcomes of the course.

Sylvia S. Mader has authored several nationally recognized biology texts published by McGraw Hill. Educated at Bryn Mawr College, Harvard University, Tufts University, and Nova Southeastern University, she holds degrees in both Biology and Education. Over the years she has taught at University of Massachusetts, Lowell; Massachusetts Bay Community College; Suffolk University; and Nathan Mayhew Seminars. Her ability to reach out to science-shy students led to the writing of her first text, Inquiry into Life, that is now in its thirteenth edition. Highly acclaimed for her crisp and entertaining writing style, her books have become models for others who write in the field of biology. Although her writing schedule is always quite demanding, Dr. Mader enjoys taking time to visit and explore the various ecosystems of the biosphere. Her several trips to the Florida Everglades and Caribbean coral reefs resulted in talks she has given to various groups around the country. She has visited the tundra in Alaska, the taiga in the Canadian Rockies, the Sonoran Desert in Arizona, and tropical rain forests in South America and Australia. A photo safari to the Serengeti in Kenya resulted in a number of photographs for her texts. She was thrilled to think of walking in Darwin’s steps when she journeyed to the Galápagos Islands with a group of biology educators. Dr. Mader was also a member of a group of biology educators who traveled to China to meet with their Chinese counterparts and exchange ideas about the teaching of modern-day biology.

As an educator, Dr. Michael Windelspecht has taught introductory biology, genetics, and human genetics in the online, traditional, and hybrid environments at community colleges, comprehensive universities, and military institutions. For over a decade he served as the Introductory Biology Coordinator at Appalachian State University where he directed a program that enrolled over 4,500 students annually. He currently serves as an adjunct professor of biology at ASU where he teaches nonmajors biology and human genetics in the online and hybrid formats. He was educated at Michigan State University and the University of South Florida. Dr. Windelspecht is also active in promoting the scientific literacy of secondary school educators. He has led multiple workshops on integrating water quality research into the science curriculum, and has spent several summers teaching Pakistani middle school teachers. As an author, Dr. Windelspecht has published five reference textbooks, and multiple print and online lab manuals. He served as the series editor for a ten-volume work on the human body. For years Dr. Windelspecht has been active in the development of multimedia resources for the online and hybrid science classrooms. Along with his wife, Sandra, he owns a multimedia production company, Ricochet Creative Productions, which actively develops and assesses new technologies for the science classroom. 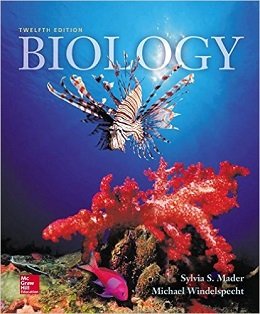