Before you purchase, check with your instructor or review your course syllabus to ensure that you select the correct ISBN. Several versions of Pearson’s MyLab & Mastering products exist for each title, including customized versions for individual schools, and registrations are not transferable. In addition, you may need a CourseID, provided by your instructor, to register for and use Pearson’s MyLab & Mastering products.

Access codes for Pearson’s MyLab & Mastering products may not be included when purchasing or renting from companies other than Pearson; check with the seller before completing your purchase.

Access codes that are purchased from sellers other than Pearson carry a higher risk of being either the wrong ISBN or a previously redeemed code. Check with the seller prior to purchase.

Genetic Analysis: An Integrated Approach , ۲/e is extensively updated with relevant, cutting-edge coverage of modern genetics and is supported by MasteringGenetics, the most widely-used homework and assessment program in genetics. Featuring expanded assignment options, MasteringGenetics complements the book’s problem-solving approach, engages students, and improves results by helping them master concepts and problem-solving skills.

Mark F. Sanders has been a faculty member in the Department of Molecular and Cellular Biology at the University of California, Davis for 27 years. In that time, he has taught more than 120 genetics courses to more than 30,000 undergraduate students. Specializing in teaching the genetics course for which this book is written, Dr. Sanders also teaches a genetics laboratory course, an advanced human genetics course for biology majors, and a human heredity course for non-science majors.  His teaching experience also includes introductory biology, and courses in population genetics and evolution.

Dr. Sanders received his Bachelors degree in Anthropology from San Francisco State University and his Master’s and Ph.D. degrees in Biological Anthropology from the University of California, Los Angeles.  Following graduation, he spent four years at the University of California, Berkeley as a post-doctoral researcher studying inherited susceptibility to human breast and ovarian cancer. At UC Berkeley he also taught his first genetics courses. Since coming to the University of California, Davis, Dr. Sanders has maintained a full-time teaching schedule and promotes academic achievement by undergraduate students in numerous ways, including as an active student advisor, through his on-going role as the director of a long-standing undergraduate student program, and by past service as the Associate Dean for Undergraduate Academic Programs in the College of Biological Sciences.

John L. Bowman is a Professor in the School of Biological Sciences at Monash University in Melbourne, Australia and an Adjunct Professor in the Department of Plant Biology at the University of California, Davis in the US. He received a B.S. in Biochemistry at the University of Illinois at Urbana-Champaign, Illinois in 1986 and a Ph.D. in Biology from the California Institute of Technology in Pasadena, California.  His Ph.D. research focused on how the identities floral organs are specified in Arabidopsis (described in Chapter 20).  He conducted postdoctoral research at Monash University on the regulation of floral development.  From 1996-2006 his laboratory at UC Davis focused on the developmental genetics of plant development, focusing on how leaves are patterned. From 2006-2011 he was a Federation Fellow at Monash University where his laboratory is studying land plant evolution using a developmental genetics approach.  At UC Davis he taught genetics, ‘from Mendel to cancer’, to undergraduate students, and continues to teach genetics courses at Monash University. 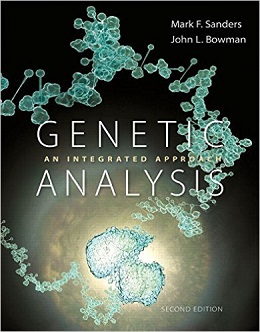