Understanding Enzymes: Function, Design, Engineering, and Analysis focuses on the understanding of enzyme function and optimization gained in the past decade, past enzyme function analysis, enzyme engineering, and growing insights from the simulation work and nanotechnology measurement of enzymes in action in vitro or in silico. The book also presents new insights into the mechanistic function and understanding of enzyme reactions, as well as touching upon structural characteristics, including X-ray and nuclear magnetic resonance (NMR) structural methods. A major focus of the book is enzyme molecules’ dependency on dynamic and biophysical environmental impacts on their function in ensembles as well as single molecules. A wide range of readers, including academics, professionals, PhD and master’s students, industry experts, and chemists, will immensely benefit from this exclusive book.

Allan Svendsen did his master of science in biochemistry and protein chemistry in 1985 from the University of Copenhagen, Denmark. From 1986 to 2008, he worked as a research scientist at Nordisk Gentofte A/S and Novo Nordisk A/S. Later, he joined Novo Nordisk A/S and Novozymes A/S as a science manager and then became senior science manager at Novozymes A/S, where since 2008, he has been science director. His research area is protein engineering in general, but he has been working especially with insulin, proteases, oxidases, amylases, and lipases. His work has been within HPLC analysis, purification, downstream processing, and assay development. Lipase protein engineering and structural computer analysis and design of variants have been a central area for around 26 years.

Dr. Svendsen has worked as a coordinator for a lipase protein engineering project at the Nordic Industrial Foundation. He was the organizer and coordinator of an EU-funded nanotechnology project, “Lipid–Lipase Structure Function Relationship: Novel Methods for Studying Interfacial Enzyme Actions and Relation to Structure of Self-Assembled Lipid Nanostructures,” and the co-organizer of another EU-funded nanotechnology project, “BIOSCOPE.” He has supervised many master’s students and a few PhD students and has acted as censor for a number of PhD and master’s theses defenses. He has reviewed manuscripts for various journals, co-edited a special issue of Colloids and Surface B: Biointerfaces (۲۰۰۱), and edited Enzyme Functionality: Design, Engineering and Screening (۲۰۰۲ and 2003 editions) published by Marcel Dekker, USA. He has published more than 100 articles in refereed international journals, has more than 90 patents and patent applications, and has made more than 30 presentations at scientific conferences. 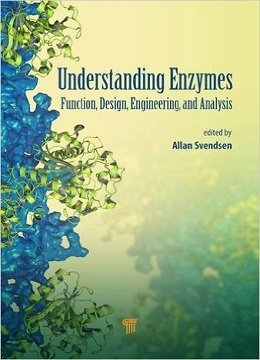