This new edition of Paediatric Dentistry is a trustworthy guide to the essentials of paediatric dentistry for both students and practitioners alike.

ritten in a user-friendly style, this textbook contains over 18 fully up-to-date and comprehensive chapters. All content has been carefully structured to ensure the reader is provided with both key theoretical and practical information on paediatric dental care. Chapter content ranges from dental trauma and child safeguarding through to prevention and restorative treatments, in addition to further content on oral surgery and paediatric oral medicine. Each chapter is complemented by the use of key point boxes, full colour illustrations, and photographs to enhance the understanding clinical technique. With recommended further reading and extensive key references, this core text also encourages students to critically analyse and evaluate evidence.

Edited by a team of experts in the field, this is an excellent introduction to the field of paediatric dentistry for both undergraduate and post-graduate students as well as a key source of reference for practising clinicians. 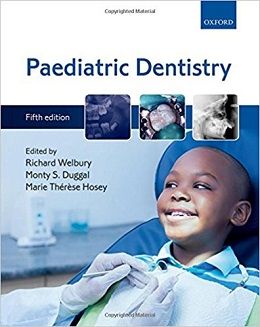