Co-published with the Arthroscopy Association of North America, The Knee: AANA Advanced Arthroscopic Surgical Techniques is a comprehensive technique-based book that presents the latest diagnostic and reconstructive techniques in arthroscopic surgery for the knee.

Each expert contributor was chosen for his or her expertise for a specific topic related to The Knee, so the reader benefits by the highest quality and treatment recommendations to provide state-of-the-art care to his or her patient.

“This series does a wonderful job of blending the didactic format of an efficiently written and well-organized book designed for learning with online videos that enable users to witness a master performing the techniques. This book in particular is a wonderful guide to everything arthroscopic about the knee…This volume in the AANA series is comprehensive and a wonderful guide to a broad range of knee arthroscopic procedures. I recommend the entire series for the institutional and the personal library.”

Dr. Sgaglione served as President of the Arthroscopy Association of North America for 2012 to 2013 and also served on its Board of Directors beginning in 2008. He was elected to the American Orthopaedic Association in 2006 and is a trustee of the AANA Education Foundation and Association Member Representative for the Orthopaedic Learning Center in Rosemont, Illinois. He is currently serving on the Arthroscopy: The Journal of Arthroscopic and Related Surgery Board of Trustees.

Dr. Sgaglione specializes in sports medicine and has served as the Team Orthopaedist for numerous Long Island High Schools and the US Merchant Marine Academy for the past 24 years and more recently New York’s professional Major League Lacrosse team, the New York Lizards. He has also served as an orthopaedic consultant to the US Ski Team and US Professional Golf Association. Dr. Sgaglione has authored more than 75 peer-reviewed published scientific articles. He was a co-editor of AANA Advanced Arthroscopy: The Knee and has recently co-edited the Fourth Edition of the textbook Operative Arthroscopy.

Dr. Lubowitz has served on committees of the Arthroscopy Association of North America, ISAKOS, American Orthopaedic Society for Sports Medicine, and the ACL Study Group, including both the AANA and AOSSM Education Committees, and is Chairman, emeritus, of the AANA Research Committee. He is designated by AANA as a Master Knee Surgeon at the Orthopaedic Learning Center in Chicago, Illinois. Dr. Lubowitz is a member of the Medical Staff of the US Ski and Snowboard Team.

CDR Matthew T. Provencher, MD, MC USN, a native of Barrington, New Hampshire, attended the US Naval Academy, where he was appointed the Deputy Brigade Commander (Second in Command), graduated with Distinction with a Major in Electrical Engineering, and was designated Secretary of the Navy Distinguished Graduate. He was also a 4-year varsity oarsman and First-Team All-American at Navy, and named Most Valuable Oarsman. He completed his medical education at Dartmouth Medical School where he graduated with honors and was elected to the Alpha Omega Alpha Honor Society.

Dr. Provencher completed his orthopaedic residency at the Naval Medical Center San Diego and his orthopaedic shoulder, knee, and sports surgery fellowship at Rush University. He also served as an Orthopaedic Surgeon at the Naval Medical Center San Diego from 2004 to 2013, and was Director of the Sports Division from 2007 to 2013. In addition to his orthopaedic duties, CDR Provencher performed extensive Humanitarian and Disaster Relief training as the Director for Surgical Services on the USNS Mercy (TAH-19) during Pacific Partnership 2012.

Currently, Dr. Provencher is the Chief of Sports Medicine and Surgery at Massachusetts General Hospital, is Visiting Professor of Surgery and Orthopaedics at Harvard Medical School, and Professor of Surgery and Orthopaedics at the Uniformed Services University of the Health Sciences. As Chief of Sports Surgery at Massachusetts General Hospital, he is the Head Team Physician and Medical Director for the New England Patriots, and is a Past-President of the Society of Military Orthopaedic Surgeons. He was elected into the Herodicus Society, which identifies excellence in Orthopaedic Sports Surgery as well as was nominated to the Board of Directors of the American Orthopaedic Society for Sports Medicine. He serves on numerous national committees and was the Arthroscopy Association of North America 2014 Program Director and is the Assistant Editor-in-Chief of Arthroscopy: The Journal of Arthroscopic and Related Surgery. He was recently named one of the Top 20 Shoulder Surgeons in the United States and Top 28 Knee Surgeons in the United States by Orthopaedics Today. His research includes more than 150 peer-reviewed publications and 150 chapters, and he has written 5 textbooks. Dr. Provencher resides in Massachusetts with his wife and 4 children. 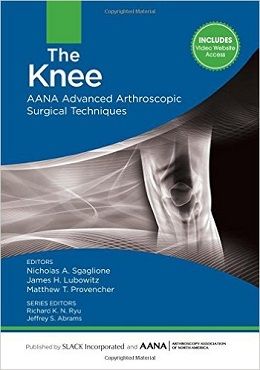