Prostate Cancer, Science and Clinical Practice, Second Edition, continues to be an important translational reference that bridges the gap between science and clinical medicine. It reviews the biological processes that can be implicated in the disease, reviews current treatments, highlights the pitfalls where relevant, and examines the scientific developments that might result in future treatments.

Jack H. Mydlo, MD, FACS, is Professor and Chair of Urology at Temple University School of Medicine. A native of Brooklyn, he went to SUNY Buffalo for undergraduate work and then received his MD degree from SUNY Downstate Medical School in 1981. Following his urology residency at Montefiore Hospital/Einstein College of Medicine in the Bronx, he completed a three-year fellowship at Memorial Sloan Kettering in 1989. He returned to SUNY Downstate Medical School as an Assistant Professor of Urology and progressed to an Associate Professor of Urology. He accepted the position of Professor and Chair of Urology at Temple University Hospital in 2000. He is also the residency program director for the Urology Department.

Dr. Mydlo has published over 100 peer-reviewed articles, several textbook chapters, and has edited two urological textbooks in renal and prostate cancer. His interests include urologic trauma, urologic oncology, and erectile dysfunction. He has lectured in numerous cities over the United States and Europe. He is a member of the American Urological Association as well as a member of the AUA Judicial and Ethics Committee, The Mid-Atlantic Section of the AUA, The Philadelphia Urologic Society, and a fellow of the American College of Surgeons.

Dr. Ciril J. Godec completed Medical School in 1963 in Ljubljana, Slovenia. In 1969, he passed the Urology Board in Ljubljana. In 1972, Dr. Godec completed his Ph.D. on Rehabilitation of the Neurogenic Bladder under the mentorship of Prof. Dimitrievich from Baylor University. In 1972, as a Fulbright Scholar, he researched bladder dysfunction under Dr. Saul Boyarsky, Professor and Chair of Urology at Washington University in St. Louis, Missouri. After delivering a lecture at the University of Minnesota, Dr. Godec was invited to stay and do research work at St. Paul-Ramsey Hospital. In 1979, he passed his Urology Board in the United States, and shortly thereafter, became the Co-Chief of Urology at Hennepin County Medical Center in Minneapolis.

In 1983, Dr. Godec relocated to New York City to become Chair of Urology and local residency coordinator at Long Island College Hospital. In 2000, Dr. Godec became Professor of Urology at Downstate Medical School in Brooklyn, New York. In 2013, he was invited to become the Urology Residency Director and Associate Chief of the Division of Urology at Maimonides Medical Center, the position he still occupies today.

During his career, Dr. Godec has been involved as co-investigator in four NIH grants. He has published 105 articles, five book chapters, 41 abstracts, and numerous presentations at national and international meetings, as well as 60 articles in non-medical newspapers. He has served as a reviewer for Urology and was on editorial boards of two medical journals. In 2003, Drs. Mydlo and Godec edited the first edition of Prostate Cancer.

Dr. Godec has lectured and performed surgery at many medical schools around the world to demonstrate his technique of open bloodless surgery for prostate cancer. At Downstate Medical School in the Department of Urology, he was selected as the Teacher of the Year twice, in 2006 and 2011. In 2015, while at Maimonides Medical Center, he was selected again as the Teacher of the Year.

In 2009, Dr. Godec received a lifetime achievement award from Cobble Hill Medical Center in Brooklyn, where he served as a Board Member until recently. He has been listed in Best Doctors in the US and in New York City, and is also a member of many medical professional societies, including AMA and AUA. 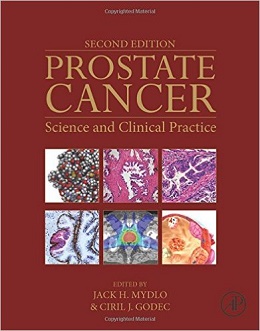