CHARGE syndrome occurs in approximately 1:10,000 15,000 births worldwide, is extremely complex, and has varied medical and physical manifestations. It was first described in 1979, named in 1981, and in 2004 a gene for CHARGE was identified. In addition to a host of other conditions, most individuals have communication-related problems, including hearing, vision, balance, breathing, swallowing, and speech.

Each of the editors is an established expert on CHARGE syndrome and has received the highest award bestowed by the CHARGE Syndrome Foundation, the Stars in CHARGE.  They represent three different disciplines: psychology, genetic counseling, and clinical pediatrics. Additional information and studies on CHARGE have advanced to the degree that warrant a second edition of this book. As in the first edition, this book describes the sensory, physical, communicative, and behavioral findings in CHARGE. Authors include experts in the field, including a number from the CHARGE Center at Cincinnati Children s Hospital Medical Center.

New to the Second Edition 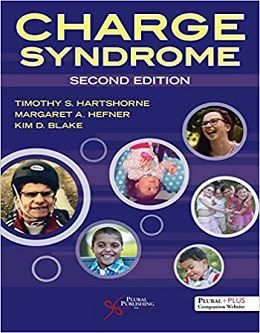