The previous two editions of the Human Nervous System have been the standard reference for the anatomy of the central and peripheral nervous system of the human. The work has attracted nearly 2,000 citations, demonstrating that it has a major influence in the field of neuroscience. The 3e is a complete and updated revision, with new chapters covering genes and anatomy, gene expression studies, and glia cells. The book continues to be an excellent companion to the Atlas of the Human Brain, and a common nomenclature throughout the book is enforced. Physiological data, functional concepts, and correlates to the neuroanatomy of the major model systems (rat and mouse) as well as brain function round out the new edition.

Jürgen Konrad Mai studied medicine in Freiburg, Germany, Vienna and UT Southwestern Medical School, Dallas, U.S.A. Student and Medical practices in Freiburg (Clinic for Neurosurgery), Berlin and Düsseldorf. Dissertation (“summa cum laude”) and habilitation were awarded by the University of Düsseldorf: After a period as GP in private practice (Titisee-Neustadt) he became scientific assistant and senior assistant at the C. and O. Vogt-Institute for Brain Research, University of Düsseldorf (1972 – 1983) and 1983 Professor of Neuroanatomy at the Institute of Neuroanatomy, H.-Heine-University of Düsseldorf. He served as director of the Department of the Institute of Anatomy 1 until retirement in 2011.
The main research interests are (i) the structural and molecular anatomy of the mammalian brain, especially of the human brain and (ii) expression patterns and regulation of terminal carbohydrates in development, cell activation and disease (III) operation planning in stereotactic neurosurgery. He works on a “Digital Brain Atlas for Planning and Interindividual Registration of Targets in Deep Brain Stimulation” and on a “Spatial Information Management Resource for the Human Brain”. J. K. Mai has edited the catalogue of human brain sections from the Vogt collection; he is author and editor of several books, e.g. the awarded “Atlas of the Human Brain” with CD-ROM (Academic Press/Elsevier, San Diego), “The Human Nervous System” (Academic Press/Elsevier, San Diego, Amsterdam, 3rd ed. 2012), Funktionelle Anatomie für Zahnmediziner (Quintessenz, Berlin, 2nd. ed. 2008; Sensi Divini (ital., engl., ger, russ. eds). J. K. Mai is CEO of MR-X-Brain GmbH.

Professor George Paxinos, AO (BA, MA, PhD, DSc) completed his BA at The University of California at Berkeley, his PhD at McGill University, and spent a postdoctoral year at Yale University. He is the author of almost 50 books on the structure of the brain of humans and experimental animals, including The Rat Brain in Stereotaxic Coordinates, now in its 7th Edition, which is ranked by Thomson ISI as one of the 50 most cited items in the Web of Science. Dr. Paxinos paved the way for future neuroscience research by being the first to produce a three-dimensional (stereotaxic) framework for placement of electrodes and injections in the brain of experimental animals, which is now used as an international standard. He was a member of the first International Consortium for Brain Mapping, a UCLA based consortium that received the top ranking and was funded by the NIMH led Human Brain Project. Dr. Paxinos has been honored with more than nine distinguished awards throughout his years of research, including: The Warner Brown Memorial Prize (University of California at Berkeley, 1968), The Walter Burfitt Prize (1992), The Award for Excellence in Publishing in Medical Science (Assoc Amer Publishers, 1999), The Ramaciotti Medal for Excellence in Biomedical Research (2001), The Alexander von Humbolt Foundation Prize (Germany 2004), and more. 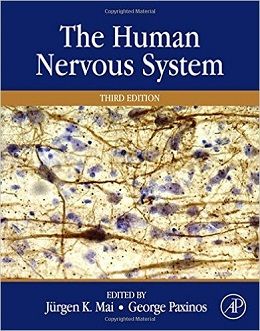 دانلود کتاب ساختار مغز و ریشه های آن
Brain Structure and Its Origins: in Development and in Evolution of Behavior and the Mind