Basic Neurochemistry: Principles of Molecular, Cellular, and Medical Neurobiology, the outstanding and comprehensive classic text on neurochemistry, is now newly updated and revised in its Eighth Edition. For more than forty years, this text has been the worldwide standard for information on the biochemistry of the nervous system, serving as a resource for postgraduate trainees and teachers in neurology, psychiatry, and basic neuroscience, as well as for medical, graduate, and postgraduate students and instructors in the neurosciences. The text has evolved, as intended, with the science. It is also an excellent source of current information on basic biochemical and cellular processes in brain function and neurological diseases for continuing medical education and qualifying examinations. This text continues to be the standard reference and textbook for exploring the translational nature of neuroscience, bringing basic and clinical neuroscience together in one authoritative volume. Our book title reflects the expanded attention to these links between neurochemistry and neurologic disease.

This new edition continues to cover the basics of neurochemistry as in the earlier editions, along with expanded and additional coverage of new research from: Intracellular trafficking; Stem cells, adult neurogenesis, regeneration; Lipid messengers; Expanded coverage of all major neurodegenerative and psychiatric disorders; Neurochemistry of addiction; Neurochemistry of pain; Neurochemistry of hearing and balance; Neurobiology of learning and memory; Sleep; Myelin structure, development, and disease; Autism; and Neuroimmunology.

R. Wayne Albers, Ph.D., Scientist Emeritus, Chief of Section on Enzyme Chemistry (retired), Laboratory of Neurochemistry in the NINDS, NIH, Bethesda, MD, is a world-recognized neuroscientist most noted for his research in the field of membrane cation transport and neuronal excitability in the nervous system. Dr. Albers and physiologist R.L. Post performed the principal experiments leading to their now widely-held Albers-Post model for the mechanism of the cation transport enzyme, sodium-potassium-activated ATPase. Dr. Albers was one of the founding co-editors of the comprehensive text, Basic Neurochemistry: Molecular, Cellular and Medical Aspects, first published in 1972, continuing as co-editor for 8 editions, the latest having been published in 2012. After receiving his PhD at Washington University School of Medicine in 1954, Dr. Albers embarked on a distinguished career of research at the NIH, being a founding investigator in the first Laboratory of Neurochemistry.

Dr. Albers was one of the first members of the American Society for Neurochemistry at its inception, serving on its Council and its Committees on Publications and Education and on Electronic Publications. He has served as Professor of Biochemistry at George Washington University, Faculty Member of the NIH Foundation for Advanced Education in the Sciences, Associate Editor of the Journal of Neurochemistry and of Experimental Neurology, and on the editorial boards of several journals.

Dr. Albers passed away on September 28, 2013. He was 85 years old and is survived by his former wife, Frances Albers, their children Gail Morrell, Belinda Caron and Patricia Steinhoff, 6 grandchildren, and 8 great-grandchildren. He also had a son, the late Jonathan Albers.

Dr. Albers was considered a gentleman, an excellent scientific colleague with a keen intellect and friend by all who worked with him. He will be sorely missed, not only by his family, but also by the entire neurochemistry community. 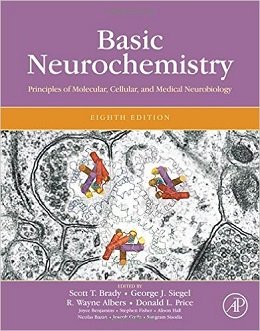