Clinical Cardiology: Current Practice Guidelines Updated Edition is an essential tool for the busy clinician, offering succinct yet detailed access to the most recent trial and guideline data supporting practice and patient management in cardiology.

ESC and ACC/AHA guidelines are continually updated and often overlap in their advice, making it difficult for the cardiologist to obtain a clear picture of the right way to diagnose and treat disease according to the latest evidence base. Written by leading authorities in the field, this book, together with its regularly-updated online version, provides a unique solution.

The authors have scrutinized all available guidelines and research from both ACC/AHS and ESC on every clinical issue. The result is a rigorous examination of the implications of published guidance, illustrated by more than 600 easy-to-follow tables and 200 full-colour images, which reinforce key points and clarify difficult concepts.

Providing at-a-glance access to the best guidance in cardiology, this book offers a diagnosis and management toolkit which no practising cardiologist can afford to be without.

Dr Katritsis performs all kinds of interventional cardiology procedures such as coronary angioplasty, mitral valvuloplasty, percutaneous cardiac defects closure, and TAVI procedures. In addition, he has extensive experience in all aspects of electrophysiology such as diagnostic electrophysiology studies, catheter ablation procedures, and implantation of biventricular pacemakers and defibrillators.
Dr Katritsis runs an active, multidisciplinary research program and has published over 220 original articles in international journals on most aspects of cardiology but mainly on interventional cardiology, coronary circulation, and ablation of arrhythmias. He has participated in most European and American textbooks of cardiology with contribution of chapters.

Professor John Camm qualified in 1971. He worked at Guy’s Hospital before working at St. Bartholomew’s Hospital, London. In 1986 he moved to St. George’s Hospital Medical School in London as Professor of Clinical Cardiology (British Heart Foundation). Professor Camm was elected the Chairman of Medicine in October 1990, a post rotated from in 1995. He is now the Chairman of the Division of Cardiac and Vascular Sciences at St. George’s University of London. His major speciality is cardiac arrhythmias but he is also much involved in clinical cardiac electrophysiology, cardiac pacemakers, risk stratification in post myocardial infarction, heart failure and cardiomyopathy patients. He has a major interest in cardiovascular safety of cardiac and non-cardiac drugs. John has given over 1500 lectures to national and international audiences, written more than 1000 peer review papers and over 250 detailed reviews. He has authored and edited numerous books.

Dr. Gersh’s wide interests include the natural history and therapy of acute and chronic coronary artery disease, clinical electrophysiology and in particular atrial fibrillation and sudden cardiac death, the cardiomyopathies and the clinical implications of molecular genetics in hypertrophic cardiomyopathy, cardiac stem cell therapy and the epidemiology of cardiovascular disease in the developing world. Dr. Gersh is the editor of 13 books and is on the editorial board of 25 journals including Circulation, Journal of the American College of Cardiology (Senior Consulting Editor), Nature Cardiovascular Medicine,and The European Heart Journal (2009 Deputy Editor). He is a member of the Advisory Board of the Reynolds Foundation, a Past Chairman of the Council of Clinical Cardiology of the American Heart Association, an at large member of the World Heart Federation’s Scientific and Policy Initiatives Committee (SPIC). 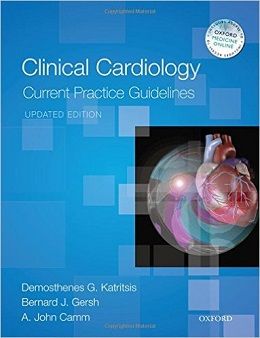