“This book is masterful in many respects, but mostly in its ability to present information in a way that makes learning enjoyable. It does not go into micro detail on all of the nervous system diseases, but serves as a good review. Taken together, the two volumes would be a good addition to the bookshelf of any neurologist, healthcare professional, or medical student.”-Andrea Harriott, MD, PhD(Mayo Clinic Florida) Doody Review: 86/100

“Netter’s has always set the Rolls-Royce standard in understanding of clinical anatomy and pathophysiology of disease process, particularly of nervous system. Over 290 pages and with the use of sharp, concise text, illustrations and correlation with up to date imaging techniques, including spinal cord and cranial and peripheral nerve disorders. It is well worth a read.” Reviewed by: Dr Manesh Bhojak, Consultant Neuroradiologist, Liverpool Date: July 2014

“Netter’s has always set the Rolls-Royce standard in understanding of clinical anatomy and pathophysiology of disease process, particularly of nervous system. Over 290 pages and with the use of sharp, concise text, illustrations and correlation with up to date imaging techniques, including spinal cord and cranial and peripheral nerve disorders. It is well worth a read.” Reviewed by: Dr Manesh Bhojak, Consultant Neuroradiologist, Liverpool Date: July 2014

Dr. H. Royden Jones was Chair of the Department of Neurology at Lahey Hospital and Medical Center, Burlington, Massachusetts; Director of the Electromyography Laboratory at Boston Children’s Hospital; and Clinical Professor of Neurology at Harvard Medical School. Dr. Jones completed residencies in Internal Medicine and Neurology and a fellowship in neurological physiology at the Mayo Clinic. He served over 3 years in the United States Army as Chief of Neurology at 5th General Hospital, Bad Cannstatt, Germany. Dr. Jones was Board certified in neurology, clinical neurophysiology, and neuromuscular medicine. Upon completion of his training he joined the Lahey Clinic in 1972. In 1977 he also joined the neurology department at Boston Children’s Hospital, founding the electromyography laboratory in 1979. Pediatric EMG became his major clinical research interest. Dr. Jones was co-editor of three major textbooks on childhood clinical neurophysiology and neuromuscular disorders. He was a co-founder of the biennial International Paediatric EMG Conference based at Great Ormond Street Children’s Hospital, London, England. Recognized as one of the top neurologists in the U.S., Dr. Jones was an author and editor of several Netter publications including two editions of Netter’s Neurology, The Netter Collection of Medical Illustrations: Nervous System, Volume 7, Part I (Brain) and Part II (Spinal Cord and Peripheral Motor and Sensory Systems), 2nd Editions (volumes in the Netter Green Book Collection). Dr. Jones authored and edited several other Netter publications and contributed over 200 peer-reviewed papers and book chapters. Dr. Jones served 8 years as a director of the American Board of Psychiatry and Neurology, becoming Chair of its Neurology Council in 2004. In 2007 he received the Distinguished Physician Award from the American Association of Neuromuscular and Electrodiagnostic Medicine. Lahey Clinic’s Medical Staff Association recognized Dr. Jones in 2010 with its highest honor-the Frank Lahey Award for “commitment to the values of Dr. Frank Lahey: respect, teamwork, excellence, commitment to personal best.” Dr. Jones was named Outstanding Teacher in Pediatric Neurology 2012 – 2013 by the Department of Neurology, Boston Children’s Hospital, Harvard Medical School. He also received an award in recognition of his many years of dedicated teaching at Tufts University School of Medicine.

Dr. Michael Aminoff was born and educated in England, graduating from University College London in 1962 and as a physician from University College Hospital Medical School in 1965. He subsequently trained in neurology and neurophysiology at The National Hospital (Queen Square) in London, and in 1974 moved to UCSF where he has been Professor of Neurology since 1982. He was Director of the Clinical Neurophysiology Laboratories at UCSF until 2004, when he became Executive Vice Chair of the department of neurology, and also directs the Parkinson’s Disease Clinic and Research Center, a National Parkinson Foundation Center of Excellence.

He is the author of more than 230 published medical or scientific articles, as well as the author or editor of some 29 books. His published scientific contributions led to the award of a Doctorate in Science, an advanced doctorate in the Faculty of Science, by the University of London in 2000. He is the one of the two editors-in-chief of the four-volume Encyclopedia of the Neurological Sciences (2nd Edition, Academic Press, 2014), and one of the series editors of the multi-volume Handbook of Clinical Neurology (Elsevier). He was Editor-in Chief of the journal Muscle & Nerve from 1998 to 2007 and serves on numerous other editorial boards. He was a director of the American Board of Psychiatry & Neurology for 8 years, and chair of the board in 2011.

Dr. Aminoff has received numerous prizes including the Lifetime Achievement Award of the American Association of Neuromuscular & Electrodiagnostic Medicine in 2006 and the A.B. Baker Award of the American Academy of Neurology for life-time achievements and contributions to medical education in 2007. In 2010, he was awarded the title of “Distinguished Professor” at the University of California, San Francisco.

He is married and has three children, one a pediatric rheumatologist, another a federal defense attorney, and the third an assistant district attorney. 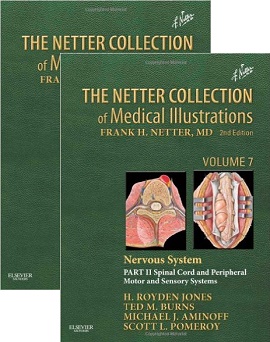