Organic Chemistry Concepts: An EFL Approach provides an introductory overview of the subject, to enable the reader to understand many critical, experimental facts. Designed to cover a single-semester course or a needed review on the principles of Organic Chemistry, the book is written and organized for readers whose first language is not English. Approximately 80% of the words used are drawn from the list of the 2,000 most common English words; the remaining 20% includes necessary technical words, common chemistry terms, and well-known academic words (per the Academic Word List). The book has been class-tested internationally as well as with native English speakers, and differs from other introductory textbooks in the subject both in its coverage and organization, with a particular focus on common problem areas. Focused on a limited number of functional classes, Organic Chemistry Concepts: An EFL Approach introduces those organic compounds early in the book. Once readers have a foundation of the concepts and language of organic chemistry, they can build from that knowledge and work with relatively complex molecules, such as some natural product types covered in a later chapter. The book describes basic level reaction mechanisms when instructive, and illustrations throughout to emphasize the 3D nature of organic chemistry. The book includes multiple pedagogical features, such as chapter questions and useful appendices, to support reader comprehension.

From the Back Cover

Organic Chemistry Concepts: An EFL Approach is the first introductory organic chemistry textbook specifically written in a language-accessible format for non-native speakers of English. Except for essential technical terms, almost all of the vocabulary in the textbook is drawn from the 2000 most common English words and the 570 most common academic words. The material is presented in straightforward language and format, without compromising the scientific content. Chapters of this textbook have been class-tested internationally with both native and non-native English speakers. The unique coverage and organization is designed to emphasize common problem areas. With a focus on a limited number of functional classes, Organic Chemistry Concepts: An EFL Approach introduces these organic compounds early in the book. Once readers have a foundation of the concepts and language of organic chemistry, they can expand that knowledge to work with relatively complex molecules, including a range of natural product classes. Basic level reaction mechanisms are described only where they are particularly instructive. Where possible, illustrations are used to emphasize the 3D nature of organic molecules.

Greg Roos’ formal education comprised of a BSc (1971), BSc Honours (1972), and PhD in Organic Synthesis (1976) from the University of Cape Town. A postdoctoral fellowship with Richard Cookson at the University of Southampton was followed by a few years of pharmaceutical industrial experience. His fulltime academic career involved the University of Natal, South Africa (1981-1994), Murdoch University, Australia (1994-1997), and an extended period in the Middle East, including Sultan Qaboos University, Oman (1998-2004) and The Petroleum Institute, Abu Dhabi (2004-2008). He has successfully taught across various cultures and has received awards for his teaching contributions and innovations. Since 2009, as an adjunct Professor at Murdoch University, he shares his time between Australia and Dubai.
His research interests have focused on the development of synthetic methodology, with particular interest in asymmetric processes. This provided numerous publications in the areas of the Baylis-Hillman reaction, imidazolidinone chiral auxiliaries, and dirhodium catalyst development and applications. This period also included a number of productive collaborative visits with Tony McKervey (University College Cork & Queen’s University, Belfast), C. K. Sha (Shin Hua University, Taiwan), Mike Doyle (Trinity University, San Antonio), and Ron Warrener (CQU Rockhampton, Queensland). In 2001 he received the Merck Gold Medal for research from the South African Chemical Institute.Cathryn Roos holds a Master’s degree in Curriculum from the University of Toronto, a Certificate of TESL from Carleton University, and an undergraduate degree in Anthropology at the University of Manitoba. She is currently an English language instructor at Zayed University in Dubai, United Arab Emirates. Previously, she worked at the Petroleum Institute in Abu Dhabi, Sultan Qaboos University in Oman, and the Toronto Board of Education in Canada. She has also taught in Japan and Nigeria. Throughout her career working with English language learners of various cultures, she has developed language learning materials and curricula tailored for disciplines such as engineering, general science, early childhood education, office skills, and computer applications.
قیمت : 6000 تومان
لینک کوتاه : https://bookbaz.ir/?p=5638
نویسنده : Gregory Roos
ناشر : Academic Press; 1 edition
سال انتشار : 2014
زبان کتاب : انگلیسی
نوع فایل : PDF
تعداد صفحات : 236
(ISBN) شابک : 012801699X
قیمت کتاب درآمازون : $65.95
حجم فایل : 9 MB 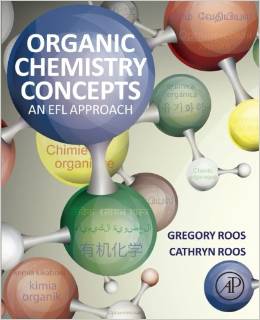