The liver is a vital organ that is responsible for a wide range of functions, most of which are essential for survival. The multitude of functions the liver performs makes it vulnerable to a wide range of diseases. Mitochondrial dysfunction plays an important role in many liver diseases including drug-induced liver injury, alcoholic liver disease, and nonalcoholic fatty liver disease. Mitochondria in Liver Disease gathers the most current research regarding the role of mitochondria in the liver and various diseases to which it is susceptible.

Mitochondria in Liver Disease represents the current state of knowledge and research on mitochondrial roles in liver diseases. Written by a group of global experts, it provides an authoritative and comprehensive overview of the latest advances and methods that mark key starting points for future research.

Derick Han is an assistant professor in the Department of Biopharmaceutical Science at the School of Pharmacy, Keck Graduate Institute, Claremont, California, a member of The Claremont Colleges. He earned his PhD in molecular pharmacology and toxicology from the School of Pharmacy at the University of Southern California. His research focuses on mitochondrial remodeling in the liver caused by metabolic stress, such as alcohol. He is also interested in mitochondrial reprogramming that occurs in cancer cells. He has published more than 70 research publications, reviews, and book chapters.

Neil Kaplowitz, MD, is director of the University of Southern California’s Research Center for Liver Diseases, Los Angeles. He is the Brem Professor of Medicine, the Budnick Chair in Liver Diseases, and the chief of the Division of Gastrointestinal and Liver Diseases. He is also a professor of physiology and biophysics and pharmacology and pharmaceutical sciences at the Keck School of Medicine at the University of Southern California. Dr. Kaplowitz has received a number of honors and distinctions and has served as president of the American Association for the Study of Liver Diseases and as vice chair for research at the American Liver Foundation. He has also been as associate editor of several journals, including Hepatology, Gastroenterology, and the American Journal of Physiology. He has published more than 195 peer-reviewed scientific articles and 150 scholarly reviews and has edited 10 books on liver diseases. 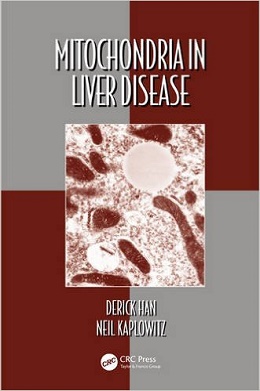